On Monday morning, my father's birthday, we picked up my parents and some of their best friends and drove to Baltimore, where we met my sister, her husband, and two of their kids at Camden Yards for the Orioles-Nationals game. My sister's husband had gotten us all a suite from which to watch as well as lots of food, and it was all quite lovely except for the final score (which my father appreciated, being a Nats fan, but a 6-0 shutout with so many double plays against them that I lost count sucks for the home team). Because it was Memorial Day, the teams were in uniforms honoring the military and they were giving out patriotic Orioles shirts. 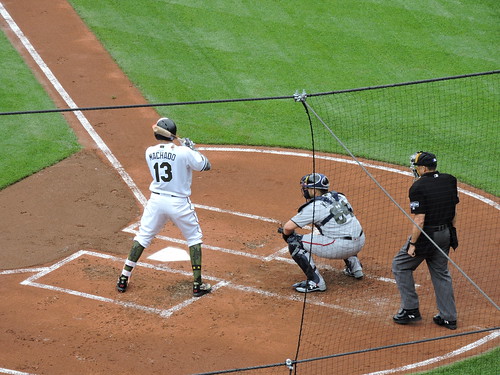 My sister and her family flew back late in the afternoon, and we took my parents and their friends home, then came back to our house to our hungry cats and niece who had forgotten her keys when she left before 7 a.m. for work. We watched Supergirl, which was pretty good except when Winn was onscreen, and Elementary, where Joan and Marcus were awesome together as always, interspersed by the Capitals-Golden Knights which ended even more frustratingly than the Orioles game did, considering that the Orioles have been terrible all season while the Capitals are in the Stanley Cup final, but at least there's more drama there than the NBA tournament -- again!
Collapse