I spent a lovely relaxing Tuesday with Cheryl, who arrived around lunchtime, so we got fried eggs on black Russian bagels at Goldberg's, then came home to eat and watched both Snow White and the Huntsman and The Huntsman: Winter's War. I'd seen the first one before, was not very impressed by it and didn't remember most of the plot, so I was surprised how much I enjoyed it. Charlize Theron chewing scenery and Chris Hemsworth in leather make up for how miserable Kristen Stewart looks trying to play the damsel in distress before she finally gets to kick ass late in the film. The sequel, which I hadn't seen, is a lot more fun, since Emily Blunt gets to chew scenery at Charlize's side, and Chris and Jessica Chastain have a lot more chemistry than Chris and Kristen did, though they should have given the latter at least a cameo appearance!

When Paul got home, we went out for our primary reason for Cheryl's visit: so we could see Solo together. I didn't adore it the way I adored, say, The Empire Strikes Back when I first saw that, but I liked it a lot, especially once it got going in the second half, which had a lot more humor. The action sequences went on longer than I thought they should have and it could have used more Thandie Newton and Phoebe Waller Bridge, but Alden Ehrenreich was pretty good and Donald Glover was fantastic, plus it's always a pleasure to see Paul Bettany and Woody Harrelson (the latter along with Glover and Bridge comes close to stealing the movie). Good women's roles, fun cameos, childhood memories safe though several of the new characters wind up being more interesting than Han. Some more photos from the Orioles-Nationals game on Memorial Day: 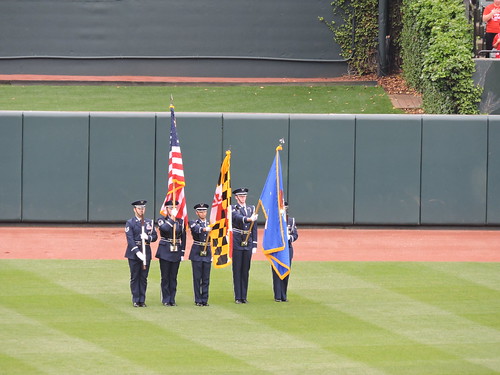