The "spider" that woke me yesterday was apparently either a bed bug or a carpet beetle. So far it was only one of two bugs that we've seen, but our lives are a nightmare at the moment -- we're not sure whether they hitched a ride home from college with Adam or attached themselves to Maddy at one of the homes where she stays with friends, but all our time for the foreseeable future is going to involve heat drying everything made of fabric in the entire house and putting diatomaceous earth everywhere.

After going to sleep on the sofa at 2:30 a.m. when we found the second bug, then waking up at 5 because the cats did not approve, I spent the day cleaning things I do my best to ignore, vacuuming, sorting clothes to give away instead of clean, etc. It sucked. We went to Tara Thai for dinner in between picking up giant Ziploc bags and under-bed bug traps, then we came home and watched Patrick Melrose, which at least is good for perspective about the ways even luxury life could REALLY suck. From Hillwood on Sunday: 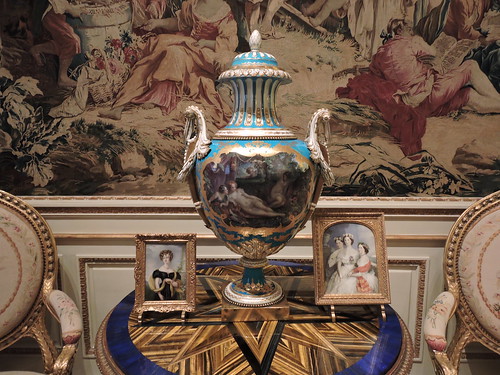