We were supposed to be visited early Monday morning by an exterminator that uses dogs to look for infestation, but a certain spouse of mine failed to confirm the appointment, so they're coming early Tuesday instead. That's about how my day went in general: lots of chores, but if you hadn't taken before-and-after photos of certain parts of my house, you might not even notice. I did two disastrous Pokemon raids (we won the raids, but the 98 IV Kyogre ran), stopped at Giant for cat food, and watched this season's penultimate episode of Supergirl (just end this arc already) and this week's Elementary (enough with the serial killers obsessed with getting Sherlock's attention). Some more photos from the Virginia Renaissance Faire: 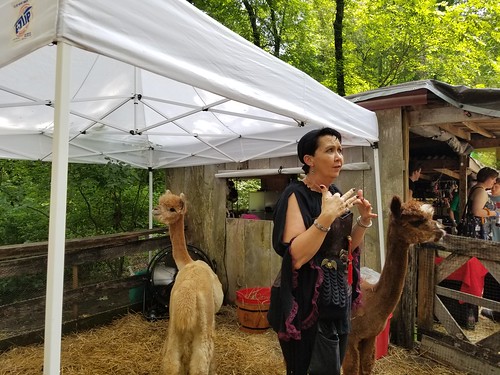