I took lots of pictures today of articles I wrote that were printed in newspapers in magazines that I have had to throw out. And I took a lot of pictures of things I knew had to be recycled and could probably find online if I ever wanted but just in case, I wanted to make sure I had a record of. Considering that I was digging deep under the bed, where I store my most precious things because I was afraid they were going to mildew or get hit by a flood in the basement, I saw shockingly few bedbugs given that we have torn the entire house up over them -- maybe 6 in all. Bedbugs and mosquitos are exempt from my belief that all creatures are glorious and precious. Thanos can snap his fingers and make them all disappear.

Apart from a trip to the dump and a stop to get Cava for dinner, my entire day consisted of cleaning, tearing apart home decor, shoving things in closets and drawers, dumping massive amounts in the trash. I did not watch the news because I had little enough energy for any of it. Here is one photo to sum up my day, and don't worry: of all the things I discovered in plastic containers under the bed that have to be thrown out, from Star Trek scripts to cards my kids drew for me to a children's book about Eleanor Roosevelt, this one was by far the easiest to take to be pulped. 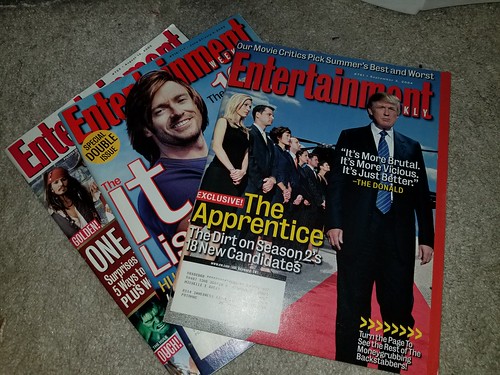