I spent most of my waking hours Saturday sorting books, Barbies, and action figures, a great many of which are getting donated and a few of which are getting sold; in fact, two big boxes and three small boxes of Star Trek books and toys have already been picked up by a recipient, and two big boxes of Barbies are waiting to depart. We did go out for a bit and I went to two Regice raids with my Pokemon social network in Cabin John Park, where there were lots of squirrels, chipmunks, and cardinals keeping us company, but that was the extent of the fun!

My bedroom closet is about half back to normal and the dresser no longer has dolls in it, though now I have to sort glass figurines so it's still a week before anything will look decent. The cats, fortunately, are excited about all the boxes, though Cinnamon is sneezing a lot and Daisy threw up twice so I'm a bit worried, though it's probably just all the stress of being in the hotel with crappy AC and having strangers in the house. We watched Pirates of the Caribbean: Dead Men Tell No Tales as an evening distraction while getting through email and stuff. 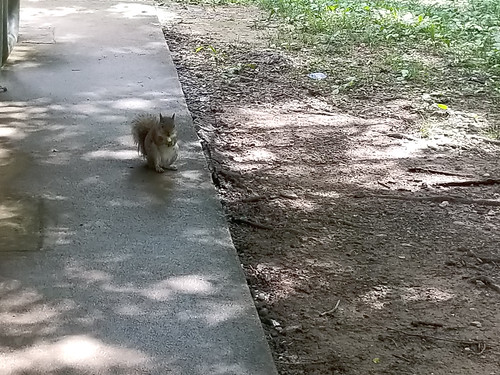