I would say Thursday was a relatively quiet day, continuing to sort, discard, and put clothes away, with a trip out to Target to return a sweater that was falling apart despite the fact that it still had tags on it and a stop at A.C. Moore for a decorative storage box. I would say it except that five newspaper employees were murdered in my state capital in a mass shooting -- two days after pro-rape pedophile apologist Milo Yiannopoulos called for vigilantes to kill journalists because the media has it coming.

So, yeah, still angry, tired, bitter, fed up. Plus I decided I really needed for Cinnamon to see a vet because she's been sneezing a lot since our sojourn to the Extended Stay, and I had to cancel lunch plans with friends tomorrow. We watched Molly's Game, which was nicely diverting and Jessica Chastain is great (plus I like Michael Cera as Evil Tobey Maguire better than I ever liked Tobey Maguire). Here are some more older photos, from McCrillis Garden in the spring: 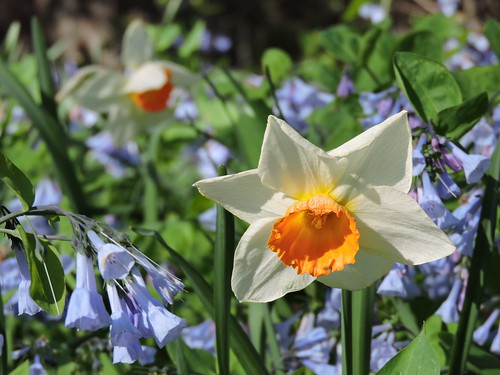