I had lunch plans on Friday that I canceled so that our oldest cat, Cinnamon, could see a vet, because she's been sneezing since we got back from the Extended Stay. I was very excited to have found a vet that makes house calls, because Cinnamon completely freaks out in the carrier and I was afraid that taking her to the vet would be worse for her than the reason she needed to see the vet. So I waited...and I waited...and after three very aggravated phone calls, the vet and assistant finally arrived. Long story short, like my own doctor, the cat doctor is great but her office sucks.

Because I spent so much of the day waiting for the vet, I did not get out of the house before 6 p.m., though at least the latest laundries are done and I got a certain amount of work done on the computer that I'd been putting off to clean stuff up. My parents took us out for an early dinner for our anniversary at Trapezaria, so I had lots of excellent taramosalata, tyrokafteri, and hummus plus some grape leaves, potatoes, and baklava. Later we caught up on The Handmaid's Tale which made me shout at the TV. I'm still way behind on photos so here are some from Meadowlark Gardens in Virginia: 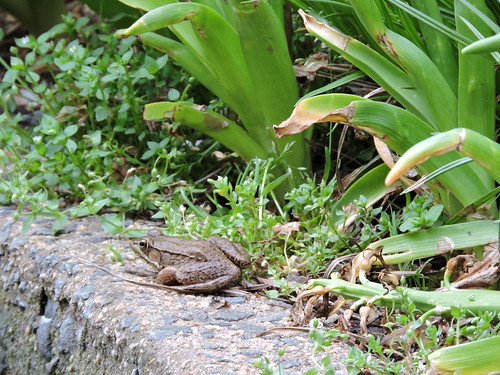