We had a busy Saturday, starting with a visit to Paul's parents in Hanover, with whom we ate at the Hibachi Buffet Grill and stopped at A.C. Moore so his mom could buy yarn before we went back to their house and Skyped first with an aunt who's having some health problems, then with Daniel who hadn't talked to his grandparents in a while (Adam was out hiking -- and apparently nearly getting hypothermia -- on a mountain in Seattle).

When we left Hanover, we stopped at the Utz Factory Store for chips and went to Paul's former boss's Fourth of July barbecue in Middletown, at which we knew very few people but we had a good time talking about travel, kids, pets, and the decline of the American shopping mall, plus we met a fourth grader who knows as much about giraffes as Adam knew at that age about penguins. And we saw fireworks while we were driving home: 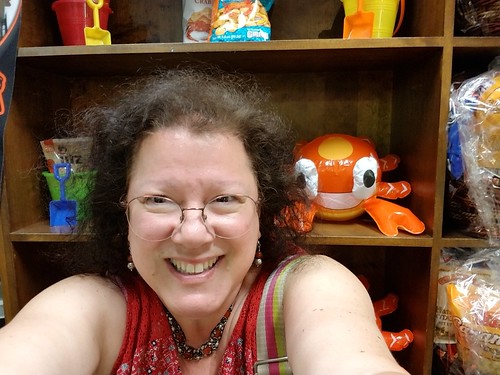