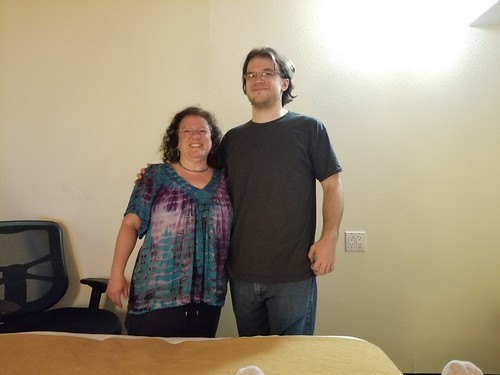 Flight delayed because of thunderstorms, Dulles mobbed with flyers headed to Newark which was actually closed, got in two hours late after parents who believe in letting kids scream it out let their daughter scream for nearly two solid hours on the flight, but hey, we made it and Daniel dropped by to see us even though it was nearly midnight. Happy Independence Day, more tomorrow!
Collapse