We started the morning with breakfast at our hotel, then a stop at Seahurst Park, which is on Puget Sound and right near the airport so we've visited it several times on the way to SeaTac. It was chilly and beautiful, with boats along the horizon and seabirds picking through the seaweed on the shore. That was the nicest part of our day, given that the TSA agents at the airport were extremely aggressive (I get that they might have to check my metallic bra closures, but what did they think I had hidden in my nipples or my vagina that required that those be fondled?).

And though we had bought our tickets and reserved our seats with a United Mileage Plus credit card months earlier, they had moved us both to center seats instead of next to each other; fortunately the woman to whom they had given the aisle seat was traveling with her granddaughter and was willing to let me stay where I was. I won't even get started on the Supreme Court pick, but will note that the flight was uneventful, we landed on time, and our cats were reasonably happy to see us! A few photos from the beach early in the morning: 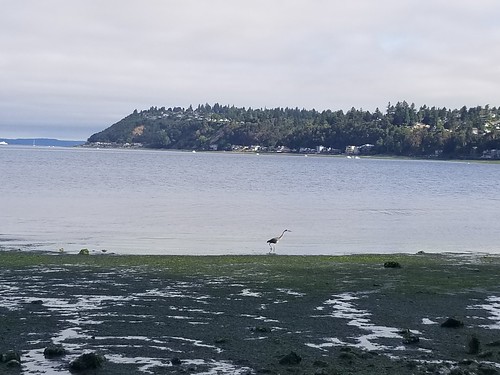