Laurie was in town with her family, so on Wednesday I got together with her and her son as well as my friend Alice and her son (they're both into Pokemon and Smash tournaments, so they get along great) for lunch at Metro 29 Diner in Arlington, then a walk at Great Falls Park in Virginia. It was quite hot, especially after having been in Seattle, but the river was pretty, there were herons, cormorants, and turkey vultures, and we left the diner before Croatia beat England and much wailing apparently ensued. 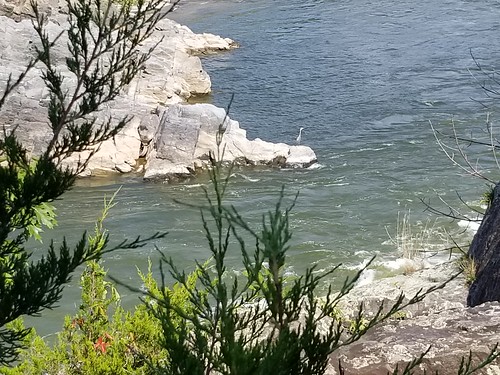 Traffic coming home to get Paul was horrific and it took me an hour, after which we opted not to go back out and meet the others for dinner but ate frozen chick'n nuggets. In the evening we did some post-travel chores and caught up on The Handmaid's Tale from two weeks ago (when did Bradley Whitford turn so evil? Still haven't seen the season finale, do not spoil me) and The 100 (dragging a bit with the wild changes in alliance but maybe it was the lack of Kabby that made me feel that way).
Collapse