I had chores to do on Thursday, but I also had a pass for an EX raid, so after doing the chores in the morning, I went to meet friends for a couple of hours around lunch and successfully raided a Mewtwo, an Absol (sadly not a shiny one), and a Regice, at Starbucks, Cabin John Park, and Park Potomac respectively. (I also managed to pick up bagels, stop in Walgreens, and less exciting things in between the raids.)

When I got home, I had a massive post-trip laundry to fold, so I put on Thor. And even though we spent the post-dinner hour watching the season finale of The Handmaid's Tale, which I found really very satisfying and thought-provoking though I don't quite believe Serena (but I adore Emily and Rita, for entirely different reasons, and yay for that show and Westworld's Emmy nominations), Thor put me in the mood for MoPOP's Marvel Universe of Superheroes exhibit: 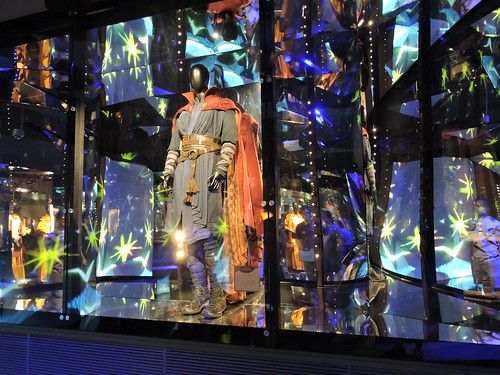