We spent the morning doing the endless anti-bug laundries but since we already had Orioles tickets for the evening, we figured it would be stupid to waste the late afternoon, so we went to the National Aquarium for a couple of hours before the game. We saw lots of animals, even the sleeping sloth, before heading to Camden Yards, where we had veggie burgers and peanuts and watched the Orioles win on a single unearned run but hey, they need every win any way they can get them! Plus it was free Maryland flag jersey day, which would have equaled the cost of the tickets if we'd wanted to sell them. Adam won the cupcake contest at Microsoft's puzzle day (his whole team did very well) and Maddy has just picked up her suitcase so she is officially moved out. Sunday: more chores! 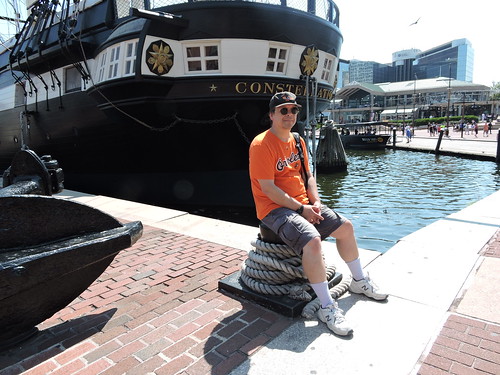