Tuesday sucked, Wednesday's gonna suck hard, Thursday's gonna suck worse, and that's just my life, not even counting the state of the world which sucks more than I can remember feeling like it sucked since the night Operation Desert Storm started and I was sitting in a classroom pretending I cared about a pretentious paper by a male feminist expert on Modernist women's writing when I just wanted to get to a TV and find out what was going on, since I wasn't in the habit of looking on Usenet back then. Ahem. A few more photos from Baltimore, including pirate ships, aquarium animals, and, in honor of the AL about to win the All-Star Game which is now in extra innings, Oriole Park at Camden Yards: 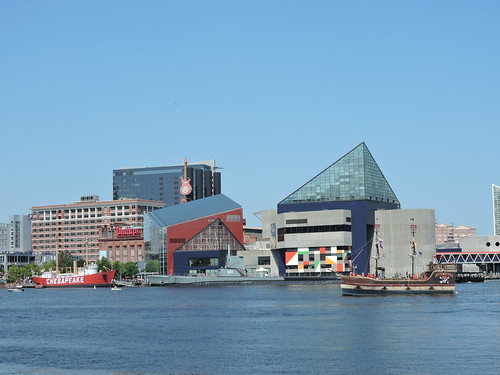