Happy August! Apparently my Monday was so boring before my movie date that I claimed it had been Tuesday when I blogged last night. My Tuesday was not particularly more eventful, though I did more chores out of the house -- got gas, got bagels and a couple of groceries -- and the weather was again on the cool side for the end of July, entirely tolerable, so I also walked in the park.

We did not watch anything appropriate for Harry Potter's birthday, but we did watch the very stressful penultimate season episode of The 100 (NO MARCUS) and catch up on Cloak & Dagger, which has been terrific all season, and Succession, which makes King Lear and his family seem like such nice people. And the Nats beat the Mets 25-4! From Star Gazing Farm last weekend, rescued animals: 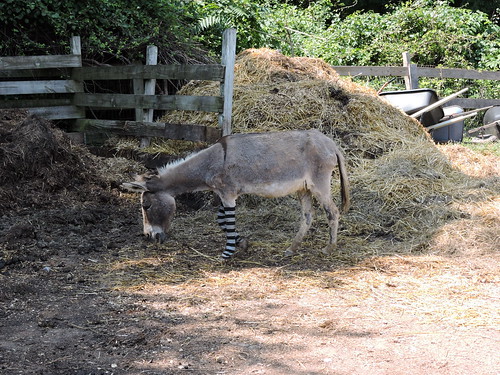