I had a lovely Friday, beginning by meeting my friend Mary at Brookside Gardens, where we walked around the ponds and through the part of the greenhouse not closed for the butterfly exhibit. The water levels were very high from all the rain, so the snakes and frogs seemed to have moved to higher ground, but we saw lots of turtles, some geese, and a couple of chipmunks. Then we went to lunch at Lebanese Taverna and went looking for Niffler Christmas ornaments, though my local Hallmark was sold out! Mary took some of these photos: 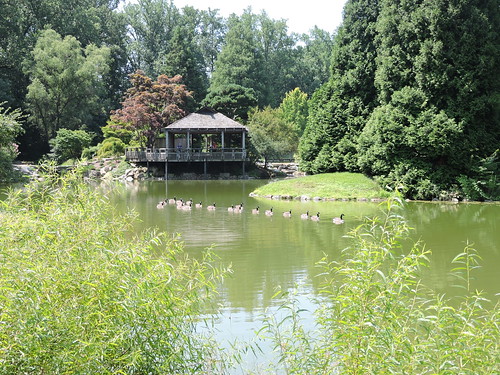 After Mary went back to her mom's, I stopped at a couple of other stores on Rockville Pike, then came home and did the work I put off earlier. When Paul came home, my parents took us out to dinner at the Silver Diner. When we got home from that, we watched a bit of the Falcons-Jets game, and now we're watching the Deadpool 2 Vudu Viewing Party, for which there are lots of Hugh Jackman memes being tweeted and from which I have already won a trucker hat with superheroes on it that says "Family Is Not An F Word"!
Collapse