My Wednesday morning was boring, apart from getting bagels because we were out of bagels. My sister called me while I was eating one and got the displeasure of having to listen to me finish chewing. I also went to CVS and stuff but really most of the excitement of my day involved long distance phone calls, since it was Deborah's birthday so I called her, and Rose visited to see the cats, I mean me, though they were the ones who got treats. I showed her the Avengers: Infinity War gag reel.

After dinner, Paul and I watched Mary Shelley, which I only just discovered existed a few days ago. Elle Fanning is very good in it, in fact most of the actors are quite good, and there are some interesting scenes between Mary and Claire, but the film seems to have been inspired by Ken Russell's Gothic more than actual biographies and it's strange how one of Mary's sisters and one of her children always seems to get left out. Here are some sheep and goats from the county fair last weekend: 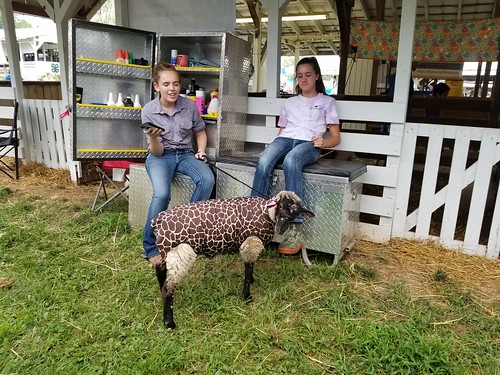