Thursday was fairly quiet until evening. I organized photos, I folded laundry, I watched pretty much every Aretha Franklin video that anyone posted. Then at 4 p.m., Registeel left the area and Regirock arrived, so I went raiding with my local group, did some trades -- now I have a near-perfect lucky Tauros, for whatever that is worth -- and caught a couple of Regirocks, plus a couple of mosquito bites!

I was hoping to watch the Deadpool 2 Super Duper Cut or something fun this evening, but Paul wanted to watch the Redskins preseason game, though after a while I insisted on catching up on this week's Burden of Truth. ABC didn't even show the Aretha 20/20 special here because of the stupid game. Here are some photos of the amusements and traditions at the county fair last weekend: 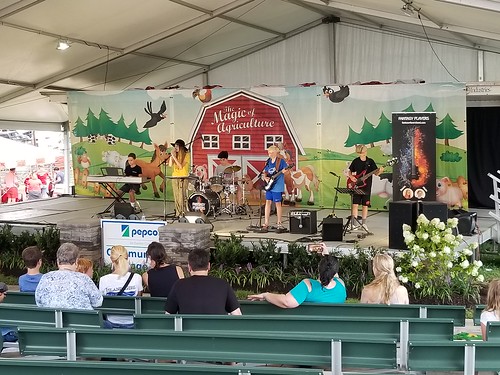