We went back to College Park on Sunday to bring Adam his pillows and some other things he didn't find down the basement in the great wreckage with things we haven't finished sorting from our summer of disasters, particularly since Daniel's closet has to remain empty for several more weeks. We went to the Old Maryland Grill in the new Hotel at UMD, which is one of the places where Maddy is now working and she'd told us she would be there, though by the time we were done sorting and packing and got to College Park, she'd left early because her other job called. Still, we had brunch there before taking Adam back to his house.

Since we were already on that side of the Beltway, we decided to go to Brookside Gardens to see Wings of Fancy before the butterflies are sent to their next location. We also walked in the gardens, saw many turtles, and visited the weekend mushroom exhibit. We stopped at the food store on the way home, and around dinner we watched the end of The Aristocrats (somehow it only pinged during the final episode about the rising that it was an Irish production), then On Chesil Beach, which is well acted and quite depressing but I don't think the novella translates as well to the screen as stories without such intense interior thoughts. 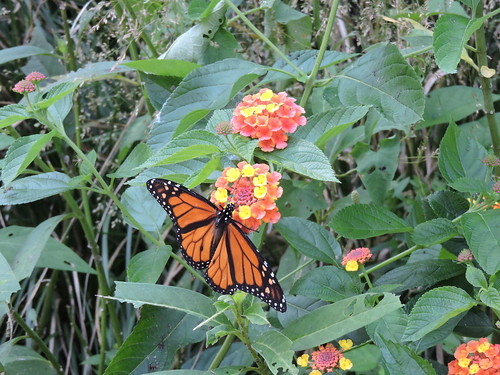