Quickie, I spent Wednesday doing things I need to get done before traveling, which is a nice reason to have to do chores! I was in the mall twice. I went once to buy underwear (shut up) and do a Regirock raid (shut up) as well as to ship the Xbox that Adam got from Microsoft (though he doesn't want it) to Daniel (who does want it). Then we went back in the evening to pick up Euros and have dinner at Cava because we were right there and why not.

It was insanely hot, even the bunnies looked cranky, so I did not walk outdoors much and driving before the AC really kicked in was icky. We watched Ocean's 8 after we got back from dinner, which of course I really liked -- not the greatest script but it has Helena Bonham Carter and Cate Blanchett as well as a whole pile of other actresses I enjoy, and they were all fun together and all the villains were men. Brookside butterflies, indoors and out: 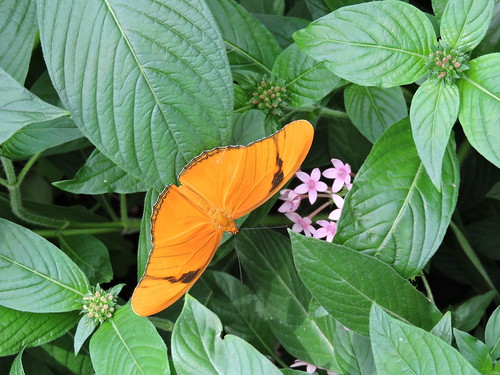