Posting now because at midnight we will hopefully be over the Atlantic. See you from France. :) 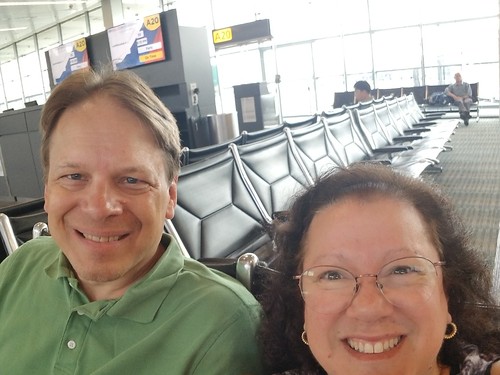 Have had pretty much perfect day with Paul and Cheryl beginning with landing at CDG after maybe two hours' sleep on the flight, the only flaw being really terrible hotel internet so short posts for the time being. We went to Monet's house and gardens in Giverny, where we had lunch at the little cafe before touring the incredible water garden and Impressionist museum. Then we drove to Rouen, where we toured the cathedral, which is in remarkable shape after nearly burning down and then being bombed by the Nazis, and the Musee Jeanne d'Arc, which has a lot of projections in a historic building, before dinner across the street from our hotel at Joubeil Specialites Libanaises and a return to the cathedral for the light show on the facade (theme this evening: Vikings)! 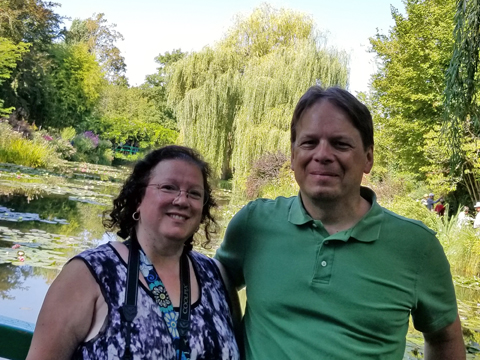