Cheryl, Paul, and I were going to go to Mount Vernon for the colonial fair on Sunday, but Mount Vernon postponed the fair because of Hurricane Florence, so since it was warm and humid with a bit of rain here but the remnants of the storm won't arrive here for a couple of days, we went downtown to see the Alexander Hamilton exhibits at the Society of the Cincinnati and the National Postal Museum. The former has several books and maps that belonged to Hamilton, plus his epaulets and his widow's ring with a lock of his hair, while the post office has letters and the pistols used by Hamilton and Burr in their fatal duel.

While we were in the postal museum, we also visited many of the permanent exhibits, including the history of airmail and the Pony Express as well as rarities like the Inverted Jenny and John Lennon's stamp collection (a.k.a. the Green Album). Then we came home and watched songvids for a while before attempting to go to the new Cabin John Village Cava, which was so crowded that we headed for nearby Attman's Deli instead. We missed most of the day's football other than hearing the home team lose on the radio, though we caught the very end of the Packers-Vikings tie, but apparently the Orioles and Nationals both won, so that's good! 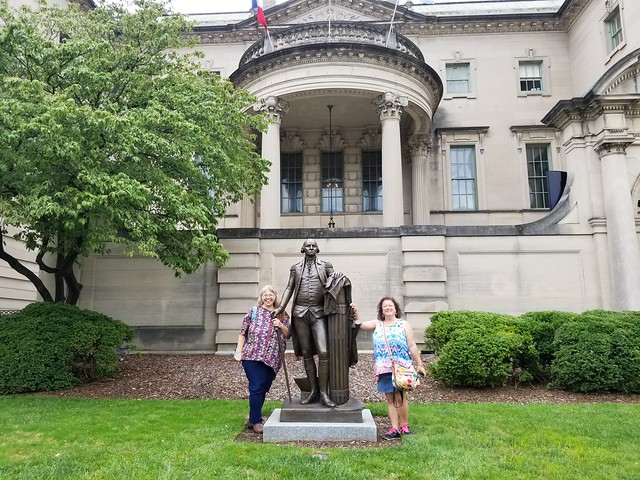