I had a very boring day because I STILL do not have my van back, though at least tomorrow we'll have a loaner while they try to figure out exactly where the AC system is leaking (the good news is that the part may be under warranty, the bad news is that they didn't have it in the shop). I did not even leave the house till Paul got home, at which point we went to pick up the loaner, shopped at Giant, stopped at my parents to pick up some leftover bagels from breaking the fast, and went to a Mewtwo raid.

Shutterfly extended its free magnet offer a day because apparently hundreds of customers had the same problems with the site last night, so I made some more magnets from France, then I discovered that Kohl's had sent me a coupon for more free magnets with my bill, so that will be useful. Our friends told us while breaking the fast that we should watch Jack Ryan, so we started doing that; so far, quite well acted and gripping. Speaking of France, some of the grandeur of the royal apartments at Fontainebleau: 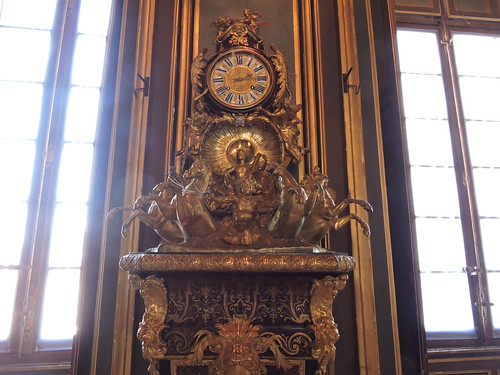