Quickie as I am very boring right now. This was going to be our Renfaire weekend -- Pennsylvania on Saturday, Maryland on Sunday -- but after putting off the former yesterday, we looked at the weather forecast on this very rainy morning and decided to postpone the latter as well. So we had a kind of slow morning reading the paper and organizing stuff on our computers, then went to the mall to take a walk when I learned my friends were congregating for a Mewtwo raid (though it appears that the mall gym is no longer an EX raid gym, sigh).

We just watched the 2015 TV film of An Inspector Calls, which is great -- age and setting notwithstanding, feels very relevant right now, and the whole cast is great though of course it was David Thewlis and Miranda Richardson who caught my eye. I read some of the analysis about the socialist leanings and feminist underpinnings of the play that put me in a good mood. Montgomery Mall currently has a Culture Fest going on to celebrate all the diversity in Montgomery County, so here are a few photos of the exhibits and music: 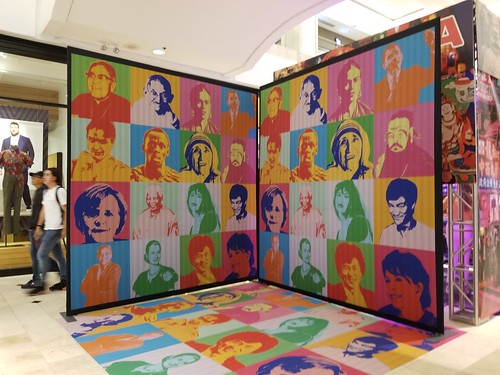