We're home despite some icky traffic from North Carolina by way of Richmond, where we dropped Cheryl off after a nice day in Greensboro. We were undecided during breakfast in Mocksville about whether to see museums or battlefields, and ended up deciding that we were in the moods for penguins, wallabys, meerkats, and octopi at the Greensboro Science Center. It's a great museum (and we got in at a steep discount because we're Maryland Zoo members) though we didn't have time for all the scientific exhibits, let alone the treetop adventure park, before we went to Sona's Indian buffet for lunch so we could get to Maryland at a reasonable hour. We had a late dinner while watching the Ravens beat the Steelers. A few photos of the science center: 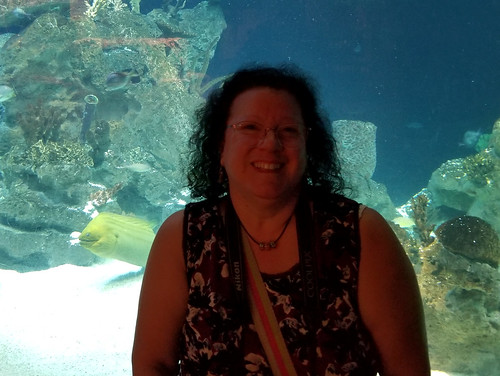