Tuesday was less eventful than Monday, which was fine. I was going to visit niece, but she slept most of the day and still isn't feeling great, which is worrying. I did a bunch of computer stuff that took way longer than I expected, then went out to get some cat stuff, stopped at a local jewelry store that is closing after decades in Rockville, and came home with a bunch of Brighton charms for less than $3 each. And I did a raid in Park Potomac, followed by a trade that got me a lucky Ho-Oh!

We had Indian food for dinner and watched the season premiere of The Flash, which was better than last season finale, I guess (I am ready for some stories without any extended West-Allen family angst and with the show's early humor, not an all-season arc with a Big Bad), followed by Black Lightning, which remains excellent (family angst secondary to powerful social angst). And the Red Sox beat the Yankees! From the Folger Shakespeare Library, here are a few photos from Churchill's Shakespeare: 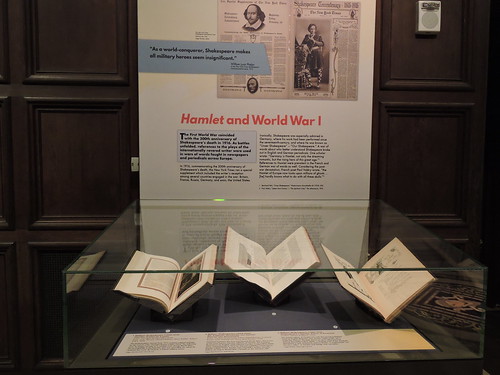