Yeah I don't know where Wednesday went except that some of it was fighting with photos and some of it was a trip to Giant because we were out of cream cheese, tofurkey slices, and the cats' favorite cans. (Their favorite sitter, my friend Rose, is under the weather, and I am sure they're sad they haven't seen her in a week.)

We watched three episodes of The Man in the High Castle, during which I kept shrieking, "Holy shit!" Now that we know people can cross over from other universes, I feel like they feel freer to kill people and I'm sure soon it will cheapen every death, but right now there are lots of major shocks. (DiMaggio plays for the New York Valkyries!)

Stay safe, friends in the Florida panhandle and the path of the storm. Here are some photos of Chestertown during the HP Festival last weekend, when not just the vendors in the center of town but many of the stores changed their names to shops from Hogsmeade and Diagon Alley, and some private homes had Harry Potter-themed signs. 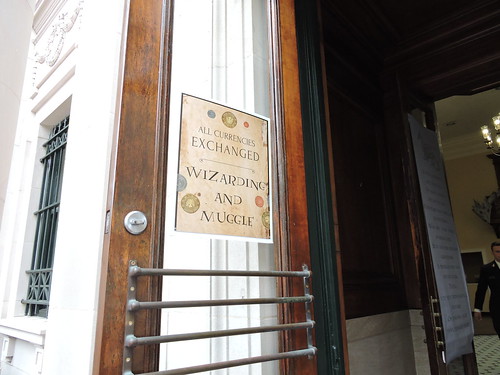