Saturday was a spectacularly beautiful day, and we spent most of it in the vicinity of Sugarloaf Mountain on the Countryside Artisans tour. We started at Heron's Meadow Farm in Howard County, a tea farm that also sells jams, spices, and crafts, which had samples and lots of cookies and brownies too! Then we went to Something Earthy, a pottery, needlework, and jewelry studio on a farm with goats and chickens.

The glass studio Art of Fire was largely deserted since most of their artisans and glassworks are at the Maryland Renaissance Festival this month, but we got to see their cats, plus we stopped at Little Bennett Park to see whether the leaves were changing (not much). Finally we went to Dancing Leaf Farm and Sugarloaf Studio, a wool-and-fiber studio and a painter's studio next door to each other. 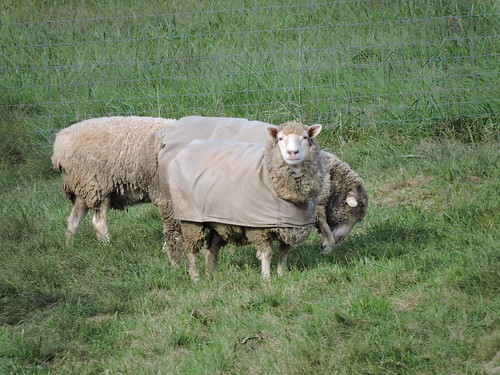 Adam is flying to California twice in the next two weeks for job interviews, and he spent all day at a coding challenge for another potential job -- we have no idea when he has time for his internships, let alone his classes -- so we stopped in College Park to bring him some stuff he needs and had dinner at Ten Ren since we were over there so late. Then we watched the Red Sox game till it got terrible, so we put on SNL!
Collapse