I spent a nice Monday with Denise, whom I had not seen in far too long. Since we are Ultra friends on Pokemon Go, I invited her to the Deoxys raid in Cabin John Park, after which we went to Silver Moon's store closing sale, where we both bought jewelry with copper from the Statue of Liberty centennial restoration at a big discount, then stopped at the Fresh Market to pick up food for lunch, which we ate back at my house while watching Yuri on Ice since she had not seen it. She stayed through dinner so we had lots of time to catch up!

In the evening Paul and I caught up on Sunday's Doctor Who, though I was chatting online with a friend who got some really bad news tonight so I was kind of distracted, which may explain why I didn't have a big reaction to the new TARDIS reveal or various other things. We caught up on the Supergirl season premiere too, which I mostly liked -- if it's going to be a season arc, at least it's a politically relevant one, and the women weren't all a mess for a change. Fun from the Pennsylvania Renaissance Faire on Sunday: 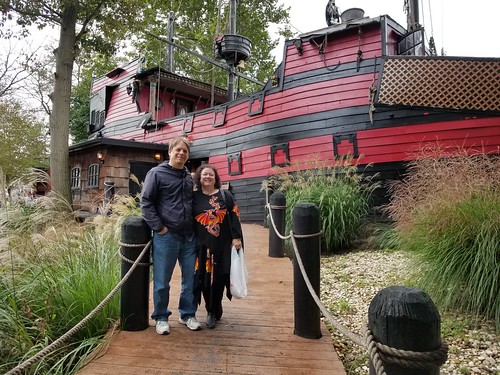