I had plans to get lots of things done on Tuesday, and then Gen 4 Pokemon unexpectedly arrived. So I ran out with my hair unwashed and no bra, thinking I was just going to drive through the park to see what I could catch, but I could see that there was a Turtwig by the train station and then I ran into a guy who'd never done a Mewtwo raid and was looking for people to battle with, so I summoned some locals on GroupMe and we did the raid at one of the park gyms and I caught Bidoofs and Bunearys and Kricketots and, eventually, Piplups, my favorite Pokemon of all because they're penguins!

It was otherwise an uneventful day involving laundry and food shopping and worrying about a friend whose family has suffered a loss, Adam flew to California for a job interview, so I chatted with him online while his flight was delayed; he has landed and is hopefully enjoying the west coast weather. We watched this week's The Flash, which was okay -- I'm ready for everything not to circle around people's angst about their family members -- and Black Lightning, which does a much better job balancing family and community concerns. Halloween at the Pennsylvania Renfaire: 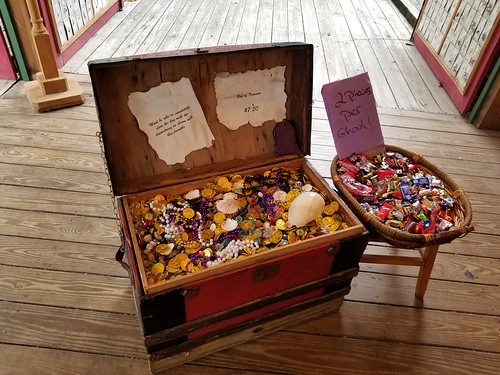