It was very windy and rather chilly on Sunday morning, though the leaves are only beginning to look like it's fully fall around here. We thought about going to a couple of parks in Rockville, but we needed to stop at Target and it was a Pokemon Go Community Day, so we wound up walking around Washingtonian Lake a couple of times while I ran into a bunch of people I know catching Beldums: 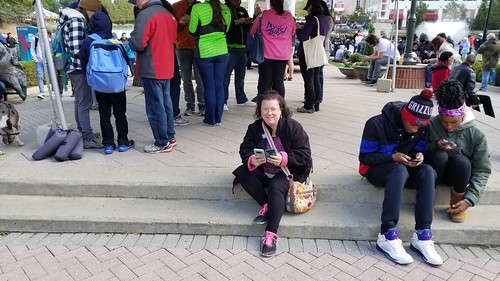 We caught the very sad ending of the Ravens game, and the flipped-around version of it that ended the Washington-Dallas game, both decided by field goals. In between we watched this week's delightfully political, refreshingly non-allegorical though a little too didactic, not historically perfect but still enjoyable Doctor Who, followed by a Madam Secretary about which I could say the same!
Collapse