Did a bunch of chores, took advantage of a couple of sales, then Paul came home early and we went to the viewing for the father of a friend of ours, who had been ill for a long time but was only in his early 60s, so it was a very sad event.

Then we came home, had a late dinner, and watched the World Series while taking advantage of Shutterfly's one-day sale on a bunch of photo gifts. Because it's all I have energy for at the moment, some photos of my cats enjoying the heat coming on: 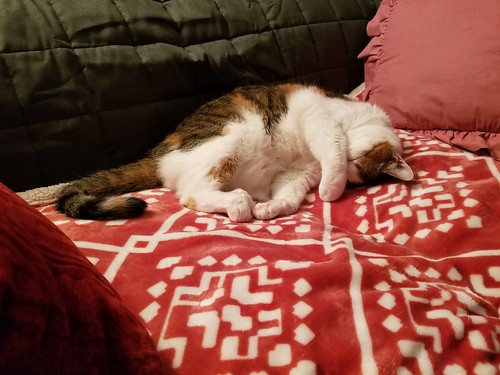