We just watched the Red Sox beat the Dodgers, but I can barely see straight because after I posted last night, I was up till 2:30 a.m. watching the previous World Series game...and it's a good thing I went to bed when I did, because the game went for another hour! 18 innings, so it was the equivalent of two normal games! And I woke up to news of the synagogue shooting in Pittsburgh, so it was a stressful morning.

It rained until mid-afternoon, so we stayed in doing chores until then. We went to Great Falls, which was nearly deserted and beautiful with early fall color since the leaves are turning so late and there were lots of downed trees in the river from the rain. Plus we stopped at the co-op for crusty bread and cheese to have with our chick'n with herbes de Provence from the tea farm on the Countryside Artisans tour. 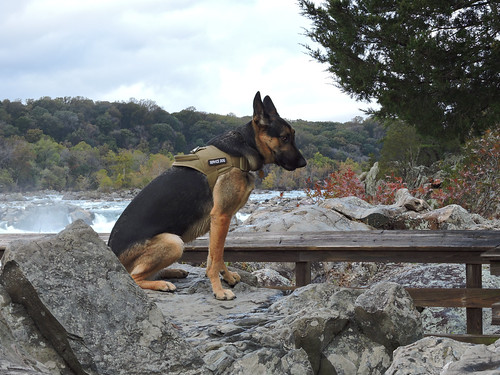