We did a lot this cool Sunday since the rain held off until evening. After a quiet morning reading the paper (much easier than watching the news on TV this horrible weekend) while the Eagles played the Jaguars in London, we went to Riley's Lock to walk by the Potomac River. Unfortunately we forgot that meant seeing Trump National Golf Club across the water, so I didn't look hard for herons.

We stopped at Homestead Farm thinking we'd pick apples as well as pumpkins, but the apple trees were nearly bare, so instead we visited the animals before buying a pumpkin. Then we picked up my parents and went to College Park to pick up Adam and his girlfriend for dinner at Noodles & Co. and dessert at Cold Stone Creamery. He is flying to the west coast again tomorrow for another interview!

The Red Sox have won the World Series! Which I say with some relief, for, although I was rooting for them in honor of my in-laws who care a heck of a lot more than I do (Uncle Mickey and my cousins, longtime L.A. residents, are Dodgers fans), I am pleased to have the TV back to watch things other than sports every night of the week. And I can get to sleep at more reasonable hours. More pics soon: 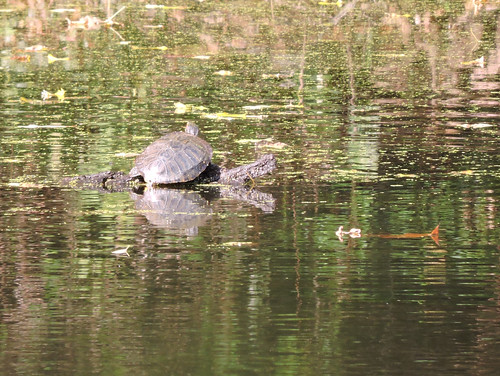