Paul worked from home on a very rainy Monday because until about dinnertime, we only had one vehicle. I took it out after lunch to do some chores while he was on a conference call, then he took it to the dentist in the late afternoon, and eventually we went to pick up the van together. I am so stressed about the election that I ate junk food all day.

We caught up on Sunday's Supergirl -- I've appreciated how political this season is -- and watched tonight's Legends of Tomorrow, which I didn't watch regularly before this season but it's been hilarious. Then we put on the Titans-Cowboys game, which was somewhat cheering. Here is the glorious Foamhenge, moved to Cox Farms from Natural Bridge, Virginia: 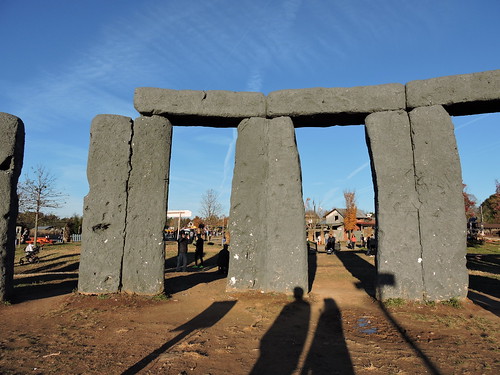