I had a nice Monday -- the rain held off till evening, so I could get to the park, and I met my mother at the synagogue's annual holiday boutique, where I ran into many people I know, including friends from high school, parents of my kids' friends from preschool, and longtime friends of my mother. Plus we caught up on Sunday's Supergirl (still appreciating the sociopolitical bent of this season) and saw tonight's Legends of Tomorrow (was the show always this good or has it really stepped up its game?).

But the day was overshadowed by the news of Stan Lee's death, which I wouldn't have guessed would hit me so hard. It's not like it was unexpected -- he was in his 90s, had been ailing, had lost his wife of seven decades -- and it's not like I grew up a big fan of comic books, I don't think I even knew who he was till I was in college. Still, he is irreplaceable as an entertainer and as a person, a champion of seeing the humanity in villains and accepting flaws in heroes. Here are some moments he gave me personally: 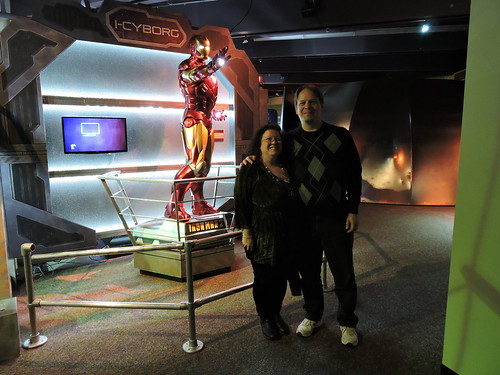