I had a very unusual November Thursday in that we woke up to snow. Paul thought about going in to work, but the county first delayed schools, then closed them when the snow started coming down harder and mixed with sleet, making the roads a mess. So he worked from home and I had a fairly quiet day working on a photo book. My kids had dinner together in Seattle, since younger son is there for a job interview.

We had tickets in the evening to see Alan Doyle at the Barns at Wolf Trap, and I was nervous about going because the local roads were a mess. But the concert was amazing -- Canadian country singer Whitney Rose opened and Doyle did a mix of his newer music, Great Big Sea songs, songs he and Russell Crowe did together...most of my favorites, and as always he had the audience singing along, clapping, and dancing! 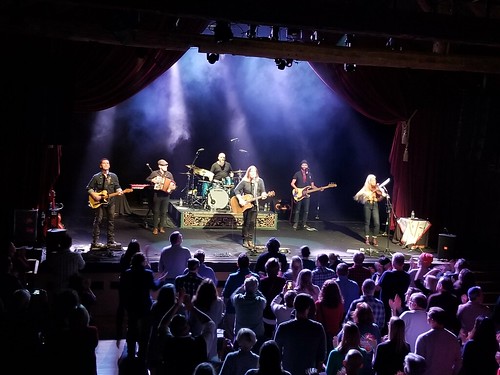