Quickie as both my kids are here! Adam took the red-eye home from San Francisco overnight, so he is pretty tired and did not arrive here till dinnertime after having to do work for his internship at NASA earlier. Daniel worked from here, as did Paul, and we all watched the rest of Westworld season two while busy on our computers, though I took Daniel with me to an EX raid where he was quite popular because his Switch allowed Pokemon Go players to catch multiple Meltans after sending him Gen 1 Pokemon.

We made a quick trip to Giant to get cat food because we realized what would had would probably not last the weekend, but otherwise it was a quiet day apart from the Pokemon raid. After dinner and A Charlie Brown Thanksgiving and the Peanuts Mayflower special -- both with race issues -- we played Sentinels of the Multiverse, which Daniel had brought from Seattle and which is a copyright-friendly superhero game in which we cooperated to bring down an Ultron-like villain (I had psychic powers, and a corset). 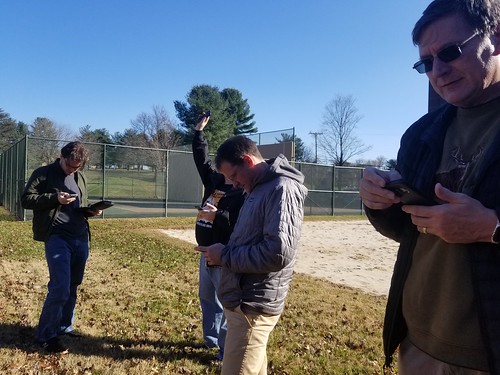