Last quickie before back to regular schedule. We had a quiet morning involving exciting things like laundry and packing, Paul made waffles, then we all took Daniel to the airport for a long flight to Seattle by way of Atlanta, which sounded out of the way but a lot of midwest airports were closed so it's just as well (and he's on the ground out west now).

Adam watched part of the Ravens game with us before heading back to College Park. Paul and I went to the park to take a walk and for a couple of Pokemon raids, then we came home for pizza and watched Doctor Who and Madam Secretary. Here are a few photos from the park, with the sun going down too early, as well as all of us at the airport: 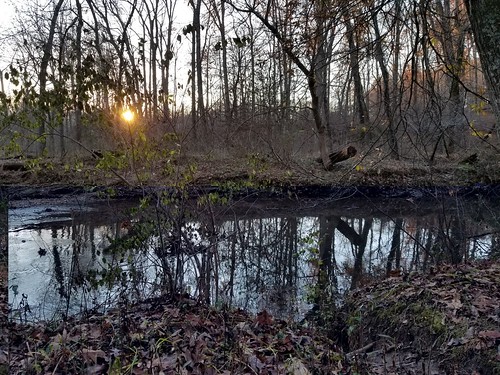