Look, a poem! That's even thematically connected to the photos! But my Tuesday was really pretty boring. Shutterfly extended their Cyber Monday sale, so I made a bunch more holiday presents for people, and I did a bunch of cleaning-up chores and even got some writing done. The linens have been washed, dried, and put away, which just leaves one more load of clothes.

We had a DC night -- The Flash, better than last season but the Cicada storyline is already starting to drag, then Black Lightning, characters stronger than sci-fi but I don't care, then this week's Supergirl, where the characters sometimes annoy me but the stories have been great. As promised, here are the goats of Caprikorn Farm a couple of weekends ago, trying to eat treats and me: 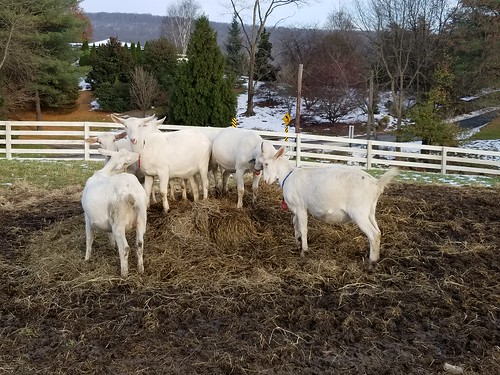