Thursday was a very pretty day -- chilly but clear -- so after a pile of morning work, I went to meet a friend at Starbucks, then took a walk in the park and eventually ended up at the mall for a Pokemon raid. You'd never know that Thanksgiving was just a week ago; the mall is in full Christmas mode, though Santa looked a little lonely and Sears, which is closing after the holidays, just looked sad. 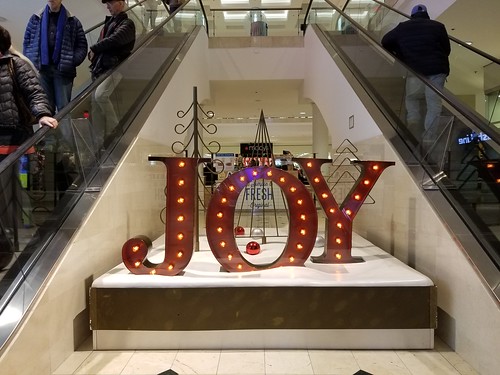 I made Paul watch the Jurassic World LEGO prequel, which was very enjoyable -- sure, a giant commercial for adorable LEGO dinosaurs, but much less dark and violent than the actual Jurassic Park movies. Then we caught up on The Gifted, which is like a darker parallel to this season's Supergirl. And then we saw the horror of the Cowboys-Saints game before turning it off for infotainment!
Collapse