We had a bunch of plans for Saturday, together and separately -- a local concert, a holiday party, an ice skating show -- but we also have relatives coming next week and more relatives coming the week after, and lots of logistical complications (some very good, like Maddy has a new job downtown, but it means we have to work out how to retrieve her so we can take her and her sister Noelle to see their grandparents in Pennsylvania on a weekday evening in rush hour traffic).

So we did a bunch of shopping chores and a bunch of home chores, and since it's supposed to rain the entire day tomorrow like it did today, it will be more of the same. We watched a couple of The Marvelous Mrs. Maisel episodes after the poutine we had for dinner with the curds we got at Mom's Organic Market, and now we're watching the hilarious Matt Damon SNL with the reject ornaments. From the Brunswick Heritage Museum, the regional Maryland railway in miniature: 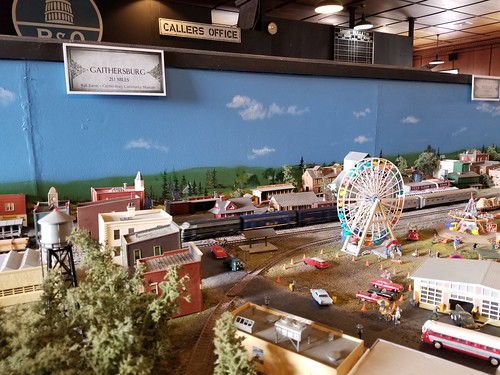