Thursday was Maddy's 21st birthday, so of course the thing she wanted to do most was get her ID (in Maryland, drivers' licenses and state IDs turn pictures from vertical to horizontal at 21, making them immediately recognizable in bars). So after a nice breakfast with Noelle, I took her to Maddy's house so Noelle could see it, then I dropped them both off at a nearby bagel shop so they could spend the day together dyeing hair and sharing treats. So on I drove to the gas station and Cabin John Park; meanwhile, Maddy discovered that she had left her ID paperwork in the back of my van, so she and Noelle took an Uber to the park to retrieve it!

I raced around between two EX raids (one in the park, one at Starbucks) with friends, then went to the mall for lunch and Meltan-collecting with one friend after we connected with another friend with a Nintendo Switch. So now I have Melmetal! Plus I picked up my birthday Godiva freebie. Then I came home and did work till Adam and Paul got home for dinner, after which we watched the Timeless series finale (fairly corny but satisfying) until Noelle arrived after dinner. We have to take her to the airport very early, so here are photos of a gift I got that was broken in flimsy packaging from the UK but I managed to glue back together: 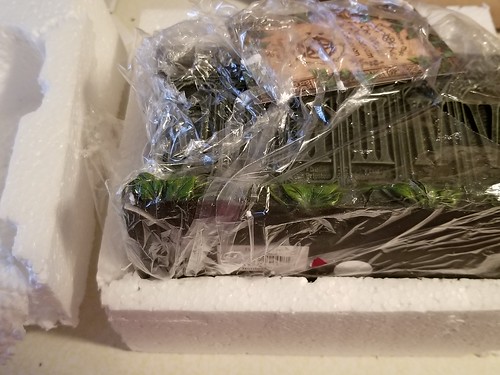