We spent most of New Year's Day downtown with Paul's brother David plus Maria and three of their kids, meeting at Union Station for lunch at Cava, then visiting the gardens of the Capitol, the US Botanic Garden, and the National Museum of American History before returning to Union Station for dinner at Johnny Rockets. When we came home, we watched The Death of Stalin, which is darkly hilarious and really well acted. Now we're watching the Doctor Who episode we missed and Flickr is screwing up my upload, so while I can post these photos: 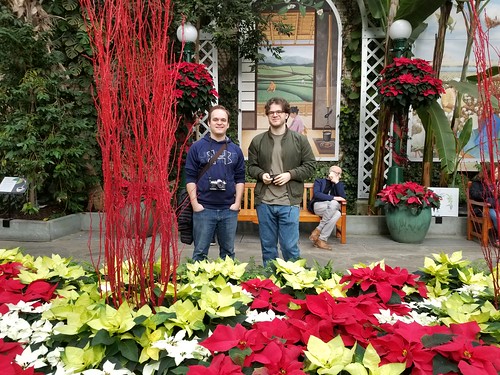