My kids both slept in on Wednesday, and when they appeared, we went to Lebanese Taverna for lunch. Then we went to Tysons Corner Mall, which has an Amazon Pop-Up, so I could give Adam my old Kindle Paperwhite to replace his broken fourth generation Kindle and replace mine with a new Paperwhite. I haven't walked through the lower level of the mall in a couple of years, so had not seen the new sushi place, and I made the guys let me check out the sale at the Disney Store before we left. 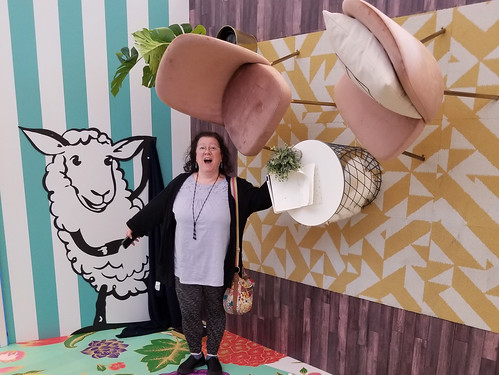 Paul was back to work as usual. He came home for dinner with us, after which we decided to see Green Book. It definitely suffers from White Savior Complex and we learn a lot more about Tony's inner life (such as it is) than Don's, but it's also very strongly acted, well-paced, mordantly funny, and hopeful about connections between people as a force for change, which may be simplistic but it's still a feel-good story, so I'd recommend it anyway -- the monologue about identity is quite moving.
Collapse