My kids and I spontaneously decided to see The Favourite, which I had seen before and they had not. It's still very well-made and well-acted but quite depressing in the end. Paul worked from home so that, in the late afternoon, we could drive Daniel to National Harbor for MAGFest, where he was meeting friends for the weekend. There was lots of traffic and I took only lousy photos out the window but there were lots of scenic lights around the casino and driving through Tysons Corner: 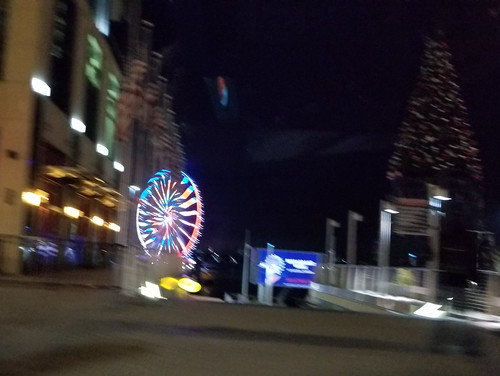