The DC area was under a Doom Watch, I mean a Snow Watch, that got worse over the course of Saturday. So in the morning we decided to go to Hillwood for the last day of the Festive Faberge holiday displays in the mansion as well as the Faberge exhibit in the Adirondack Building. They were both lovely, not crowded though there were more people than we expected given the Doom Watch, with Christmas trees decorated to echo Faberge items on display. 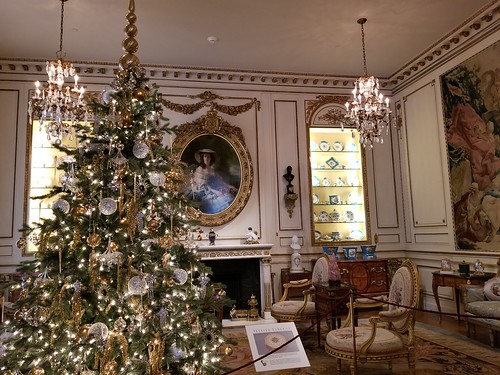 We stopped in Giant on the way home to stock up for Doom, I caught a bunch of Totodiles for January Pokemon Community Day, then we watched the Colts-Chiefs game (which did not go the way I wanted) and the Cowboys-Rams game (which did, and that more than makes up for the Colts losing). Afterward we watched some Tidelands, which has lots of sex and nudity if you're unconvinced by Australian drug kingpin fishermen and possibly evil mermaid sirens.
Collapse