We had a quiet Saturday waiting to see how much winter weather we were going to get, which turned out to be pretty much none; a few flurries fell on me while I was doing an EX raid at the volleyball court near the ice rink but that was about it. So apart from the aforementioned raid, a walk in the park, and a stop at the food store, it was a pretty quiet day.

After dinner, we saw Bohemian Rhapsody, which I liked better than I thought I might given all the controversy around the movie; I didn't think it was outrageously homophobic, I remember what that era was like and found it pretty realistic in terms of his shame and closeting, and Malik was great, but they messed with the timeline absurdly. From Brookside this month: 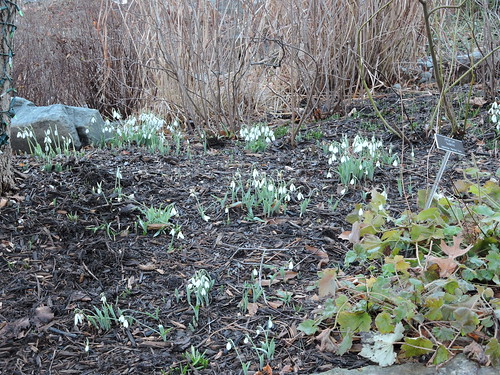