I had a nice, busy Monday because I had a bunch of things I wanted to get done before being trapped in the house by a snowstorm on Tuesday. I met Karen and Jim for lunch at the Big Greek Cafe, which was lovely because I have not seen them since before the winter holidays -- it's been a crazy month -- then I did a bunch of shopping on Rockville Pike, including stops at both A.C. Moore and Michaels which were both unsuccessful since they've both removed their holiday sale sections in favor of Easter merchandise! Pier 1 still has some winter things but World Market, not much.

In the late afternoon I took down a bunch of Star Trek collectible plates that have been hanging precariously in our bedroom (one nearly fell during the roof repairs) and put up some more nautical decor that's much more my style of the past decade. I love the advent of turtle and starfish-shaped sparkly string lights. We had veggie gyros for dinner, since I brought Paul some of the spicy feta from lunch. Now we're caught up on Black Lightning, which was very sad tonight, and Madam Secretary, which was frustrating. Here are some photos from Battery Park last week: 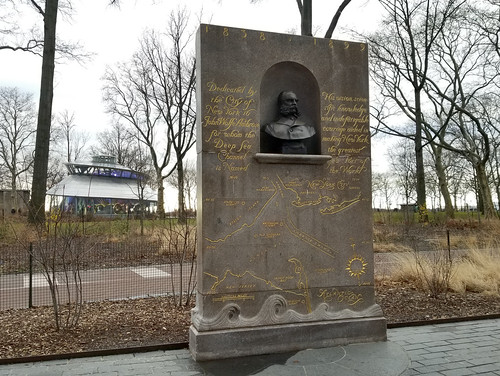